CURATED COVER BAND SERIES
WELCOME TO BANDMIXERS
Congratulations my friend you've been invited to participate in the Festival of Friends Bandmixers event on Saturday, April 13 at Skylark West Seattle.  We're super excited to have you involved as participating musician!

Below you'll find information about accepting your invitation along with the musicians you've been matched up with and what your band's theme will be.  Musicians were selected and grouped together based on compatible skill-sets and like-minded musical interests.
Important Event Information
Festival of Friends Events "Bandmixers" are made up of:
​
CONFIRMED BAND MEMBERS
Note: Guitarists will determine how they want to divide up guitar parts including solos, doubling-up on rhythm sections, etc.  Overall song presentation by the band should follow standard instrumentation and arrangements as originally recorded on the song's studio versions, keeping everyone on the same page regarding practice time and the live performance.
Your Bandmixers Theme
Your band has opted for the following theme (see below) for the April 13 Bandmixers event.  You and your band mates will make your final song selections at the meet-n-greet session.  Please accept your invitation to this Bandmixers by completing the steps below.  Thank you! 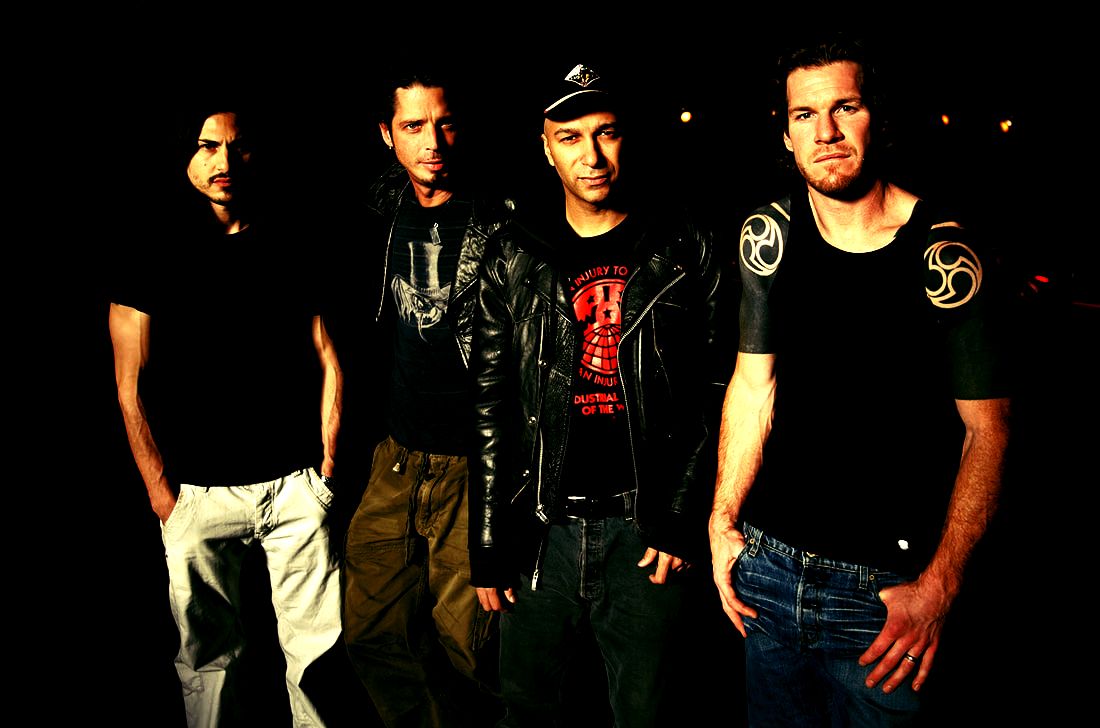 Audioslave was an American rock supergroup formed in Los Angeles in 2001. The four-piece band consisted of Soundgarden lead singer/rhythm guitarist Chris Cornell and Rage Against the Machine members Tom Morello (lead guitar), Tim Commerford (bass/backing vocals), and Brad Wilk (drums). Critics first described Audioslave as a combination of Soundgarden and Rage Against the Machine, but by the band's second album, Out of Exile, it was noted that they had established a separate identity. Audioslave's sound was created by blending '70s hard rock with '90s alternative rock.